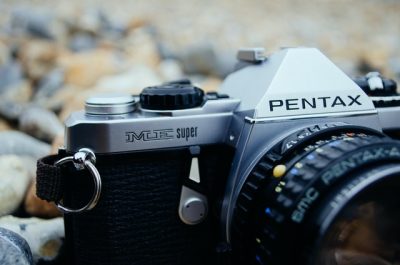 If you’re familiar with Ricoh’s Pentax brand, then you’ll know quite well to trust the outstanding K-series of these DSLR cameras. In the last seven years, the brand has been quite on the top of its game since its launch of the K-7. Known for their products’ ergonomics and image quality, can the same be said for one of the popular models, the K-70?

Suppose you’ve always searched for a disinterested opinion, review, and recommendation on the Pentax K-70, perhaps as a buying guide. In that case, this article will offer you a complete exposition of what it is like shooting with a Pentax K-70. So, is the Pentax K-70 a good camera? Well, if good in this sense means usability and performance, you can bank on what the camera has to offer.

Other features it robs shoulders with its rivals include its accurate, crisp and clear pentaprism viewfinder, made from thick glass, and with a comprehensive moisture-resistant sealing, there’s something exceptional in a K-70 deal for you. So let’s have a good look at this camera.

The first digital camera to be delivered as a full frame under the Pentax brand was the K-1 DSLR camera. Since it was created in 1975, it has been in use by 35mm Pentax and other DSLRs of the Pentax brand. Throughout its 4 decade history, the K month has phased through a couple of enhancements, all geared towards facilitating new and better camera features.

Nonetheless, a 1975 K-mount lens can be mounted on your modern DSLR, and as a matter of fact, Pentax users are in the league of the few who can access legacy lenses of such a wide range.

Besides the not-so-great kit lens, the Pentax K-70 is a solid, well-specified, and great camera for both newbies and pros that delivers a good value for what is paid for. The camera is packed with several innovative features, offering so much to keep every kind of photographer occupied for a pretty long time. It is dustproof and offers weather resistance to even cold degrees up to -10.

It comes reinforced with 100 seals around the body, which covers both the articulating display and, more interestingly, the grip is built to stay as grippy as possible, especially in cases where you’re wearing gloves. Despite features like this, the K-70 is still decently compact, and for a DSLR that features APS-C format, it’s right to call it portable too.

The abilities of the K-70 exceed just shooting for landscapes, as it has all the right specs and features that make an all-around camera. Inside its body is a 24.2MP APS-C sensor, which is the highest as far as pixel count is concerned, and with its anti-aliasing filter, whose function is to stop the interference patterns that happen when shooting fine textures with a rectangular array of sensor’s photosites.

These special filters would blur out the fine detail and leave the camera to re-sharpen it digitally. Taking the filter away makes the fine detail sharper, but this puts you at a risk of moiré, where you’re doing certain kinds of shooting.

Pentax, however, has devices and a brilliant solution to this problem, which is the introduction of a special ‘AA stimulator,’ which then essentially applies at the sub-pixel level, with little vibrations to replicate what’s obtainable with a real ‘anti-aliasing filter’ during exposure. This may not be of much need to you, but if it is, then it’s there.

As a trick, it is credited to Pentax’s unique SR system. In other aspects, the K-70 performs excellently well, too, like offering a sensitivity that reaches up to ISO 102,400, featuring a 1/6000s shutter speed, which is half the top speed of many competitors. The camera also has an intelligent Bulb Timer Function that comes very handy at long exposures that can reach up to 20 minutes.

With the K70, there is a lot to take in; even though you might not require all the features it has, keen photographers who want to learn new techniques will find it more than necessary.

Is the Pentax K-70 Good for Astrophotography?

Pentax K-70 works very well for astrophotography, and with its wide fully-articulated screen, shooting with it is even easier; moreover,  for a camera that is fortified with a dustproof build, weather-resistant design, and a cold-proof body of up to -10°c, battling with evening dew while shooting in astrophotography isn’t much of a problem.

Guess what? Pentax even features an Astro tracer mode that merges the sensor stabilization of the camera with its GPS to milk out the ability to match the vector of stars in the sky. If you’re new to this camera type, you may need to help unlock the maximal use of this feature, which is why you should consider the guide below:

Speaking of lens compatibility, most Pentax lenses are known to be compatible with most of the brand’s cameras. However, some lenses do not follow this rule, which mostly has to do with limitations with these specific lenses. You may also be keenly interested in the compatibility of certain lens types you have or are willing to buy, but consider the following guide:

The question of the compatibility of manual, older focus glass boils down to a question you must consider: Does the third-party lens in question have the “A setting” on its aperture ring? With the Pentax manual focus lenses, knowing this isn’t a hard task – If it falls under the A series lens, it’s a yes; if not, it isn’t. With third-party lens makers, the issue seems pretty ambiguous, as they have a different naming system.

A common differentiating mechanism is by marking the standard Pentax K-mount as PK. Compatible lenses are hence labeled as PK-A mount. This isn’t universal, however, as you need to have a look at the lens to be sure of this. Here are a few incompatibility warnings you should know:

Is The Pentax K-70 Good for Portraits?

Under strict assessment, the Pentax K-70 cameras are moderately okay for portrait pictures, which is a mild suggestion that other models of the Pentax K-mount fare better than K-70 in portraiture. Not to write off what K70 brings to the table in this regard is to acknowledge  some excellent features it possesses for portrait photography like this:

Can You Use Pentax Lenses On Canon Cameras?

With the help of a body adapter, you can mount a Pentax lens on a canon camera. Be sure to find the right kind of adapter if you’re to do this, though, and even though this swap may still fetch you a great image, be rest assured that for most adapters, you will have to sacrifice the proper functioning of the lens’s automatic focusing, automatic diaphragm, and a few other functions.

Nonetheless, you can shoot using the manual mode or with the aperture priority mode using the Canon body. Certain features you should expect from a good adapter are a polished surface for easy mounting, permission for metering, and so on.

Who Makes Pentax Cameras, and Where to Buy Them?

Pentax is the name of the brand that makes the camera body of Pentax cameras and is founded in 1919. However, on 1st October 2007, Pentax merged with the company Haya Corporation and hence a new name emerged, Hoya Pentax HD Corporation.

A couple of years later, we see Pentax now sold to Ricoh in 2011 precisely. Ricoh has since then been the brand that is responsible for the production of various kinds of Pentax cameras, with a major aim that became very clear since its takeover of making interchangeable lenses.

Suppose you feel the features of this camera match what you’re looking for and are not sure of where to find one, even though it’s been somehow relegated to the background by bigger names like Nikon and Canon. In that case, you can still casually stroll into a camera store and get one.

With the new age of digital commercialization, shops like eBay and Amazon are never lacking these old-school cameras. Every other accessory you need for the camera can also be found here, but we suggest you tread carefully when shopping for this camera online.

Which Pentax camera is best?

The Pentax K-1 Mark II is a perfect embodiment of what’s obtainable from a DSLR brand like Pentax. It packs a lot of unique features with easy, familiar handling that most photography enthusiasts would find thrilling.

Like many other Pentax cameras, this one doesn’t lack the shake-reduction feature and has a full-frame sensor of 36.5-million-pixel resolution. This, of course, happens to be the selling point of the camera.

The camera also offers a decent burst speed of 4.4fps at maximum if one is shooting in full frame. This, however, wouldn’t impress people into sports photography or landscape photography. Nonetheless, it’s okay to keep an everyday photographer going.

Can Pentax lenses be used on Nikon?

With the help of an adapter, you can fit a Pentax lens on different kinds of DSLR cameras, including Nikon. The downside to adapters, though, is that while they fit properly physically, they’ll lose certain operational capabilities.

Is there a mirrorless camera for Pentax

It flaunts an incredible CMOS sensor with a 16-megapixel APS-C size. A low sound image capture and an ISO range of 100-25,600 are also some other interesting features of the camera.

While Pentax may not be as glamorous and fashionable as other brands with stronger gravitation toward the mirrorless era, it does have some cool cameras with rewarding everyday utility.

While we can’t guarantee a good sports photography shooting or landscape, one thing we can say boldly about the brand is its commitment to quality and its improvement of some features it first graced the market within earlier eras. So intimately, how good is a Pentax K-70? Our answer – Good enough to offer you great value for your money.